Actually, I heard  this saying on day One of our 2015 Round Island cycling tour, at the Flagging Off Ceremony being held at the City Hall.

This round island Formosa 900 cycling tour is in the 4th year running. Those of us who were privileged to start from Taipei, attended the Flagging Off ceremony held at the City Hall where various government officials, Corporate Management staff and representatives from various NGO gave speech on this event.

Apparently, cycling is one very prominent activity, not in terms of the number of cyclists, but in terms of infrastructure that has been build to make Taiwan a very cyclists friendly nation. There are dedicated lane for cyclists almost in all major roads. And like the highway with dedicated number, the same can be said for the cycling route.


For this occasion, not to crowd Taipei, there were various groups that started from different locations around Taiwan.  For in the days to come, we would met  different groups who have started from Xinchu and KaoHsiung.

Attempting to cycle 912 km in 9 days is not going to be an easy feat for us. One definitely has to train. But doubt filled my mind, for I was wondering how are we going to complete the journey, considering the facts that
Mitigating our doubt and fear,  this event was very well organized.  Giant the primary sponsor for this event, placed very experienced staff in organizing the event. In each group, there will be 5 Giants representatives. 2 in support vehicles and 3 on bikes.  The leader of this group was a very experience guide who was also an avid cyclist. He will gauge our stamina and monitor our condition, will adjust rest point accordingly.  In another word, the longest we rode was about 30 km per stretch, and shortest was 12 km.  And on average, we clocked 100 km per day over the period of 9 days.

Beside their experience, these Giant riders and guide were very dedicated to their works.  They ensured we were constantly replenished with food, water, fruits and mineral nutrients.  And whenever we reached certain destination (be it a pit stop, lunch, dinner, lodging), they will ensure our comfort, before theirs.  At no time, did they lose their cool over some of our unreasonable behavior or demand!

Also, they placed our safety and our well being as top priorities. For in such event, there will be uphill and downhill; adverse weather condition; spills and falls.; bike ramming bike; falls from downhill run; and when the inevitable happened, we will always receive prompt attention, and if they were not able to cope, it will be a trip to the hospital A&E.

Listing down in chronology our 9 days of adventure will help to encourage more  adventurous souls for the next Formosa 900.

Kudos to the Giant Team for making this adventure possible and fun.

For me and my friend, we are thinking of starting in a anti-clockwise route, as this trip we did the clockwise, covering the eastern side before heading for the west.

This is a production from the Giant Team, covering Day 1 to Day 5.
Not only they have to take care of the various logistics, but also double up as cameraman and producer of these great videos. (2nd one is at Day 6)
https://www.youtube.com/watch?v=vel5c2EnlEU

We attended the meeting the day earlier, and then we were showed the terrain that we were going to cover, and this was it. First day, and we have to cycle up 500+ m! Our jaws dropped!

Once we were away from the bustling Taipei, traffic lessen, the joy of riding began.

Finally, we were at the final hill, and it was time to descend. But then it was getting dark and the rain has fallen. Our first day, and we were filled with so much "challenges".

And finally, we reached the base of the hill.  What a relief to all of us, alas, a member of our team fell from the bike.  Thankfully, the knock that was sustained during the fall,the helmet absorbed much of the impact, though the helmet cracked, the rider suffered laceration and cut.

A very exhilarating Day 1, uphill, downhill, rain, slippery road, darkness.  We can consider this to be our baptism into cycling.

The day began with a short walk to the railway station.
The stretch of road from Jiaoxi to HuaLIan is simply too dangerous for cyclists, as this is a coastal road, with many fast moving cars and trucks.

The train ride though fast was long, and when we looked at the map, we realised the distance that we have traveled.

HuaLian is famous for their Mochi, and the Giant Team introduced us to the famous Mochi by getting this delicacy for us to try.

And finally we arrived at our lunch point. 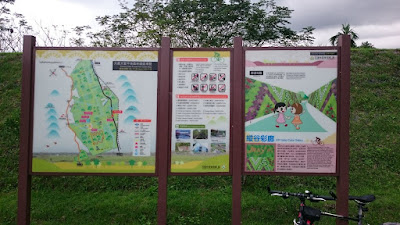 Thankfully, for Day 2, the distance was shorter and not much high hill to climb.

Every morning, we will be told of the route we are taking.
The terrain, the distance etc.

And of course before we set off, it will be the warming up exercise.

In this place, again we were introduced to the famous Lunch Set of this area.


Since day 1 until now, we have been on the eastern side of Taiwan, where we can see the magnificent Pacific Ocean.
Today, we will be crossing the spine of Taiwan towards the West, which also mean another arduous climb across the ridge.

Every morning, before we start, the side of the van became our notice board.
Highlighting once again the terrain, distance and expectation for this morning ride.
There is going to be 3 small hills to climb before the final big one at 450 m.
We console ourselves that we have already done such a one on Day 1, and our muscles should be quite condition for this climb. We hope! 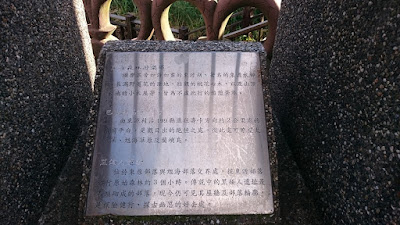 And here another one of the rider had a bad fall, and from this point onward, she was incapacitated and was not able to ride further but enjoy the ride with us while sitting in the backup van.

And thus end Day 4, the most gruelling climb of all.
And in perspective, the profile and route that we took today.

Beside the climb, the distance was above 100 km. Of course the downhill 14 km was part of it.

From here onward, the scenery changed. The Western part is more populous and less scenic.
Plenty of vehicles on the road, and now we have to be extremely careful as we rode.

After dinner, we were on our own.


Given a map, we head for the famous night market of KaoHsiung. 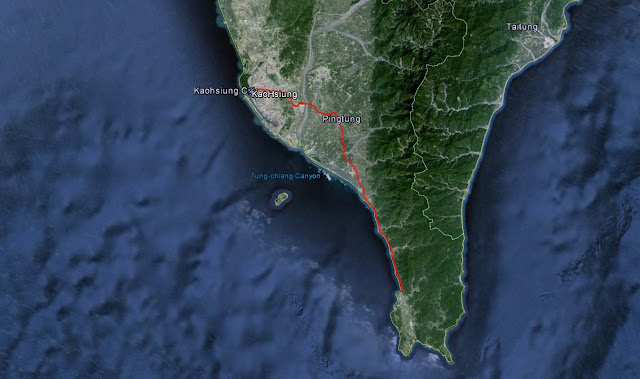 Heading North, we depart from Kaohsiung for ChiaYi.
It is going to be a very flat terrain, that suit us very much.
We were told that we are going to try a traditional Taiwanese delicacy for lunch.
But the main highlight will be the crossing of the Tropic of Cancer.

The second part of the video.
https://www.youtube.com/watch?v=iT87LGtVILk 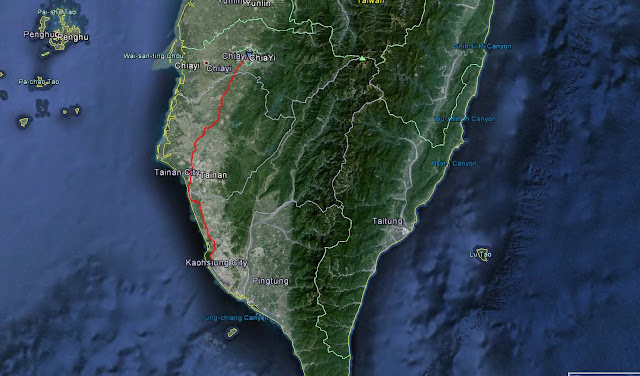 Today, our spirit is lifted for we are coming to an end of our journey.
The special event for today, was to cross the 2nd longest bridge in the world (during 2nd World War), the XiLo Bridge being rivaled by the Golden Gate Bridge.
And for lunch, specialty of XiLo area, the Rice Cake.

This bridge spans across the river with 31 of such arches. 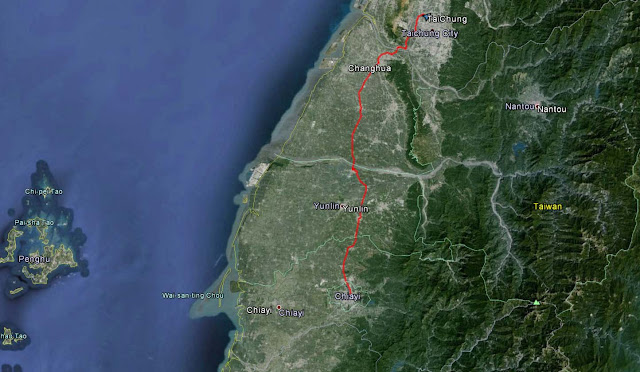 And for today, the ride will be rather flat with just a little bump. So we thought!

And dinner we will be on our own. There is no lack in Taiwan when it comes to food.

Away to the night market, and we will be spoiled for choice. 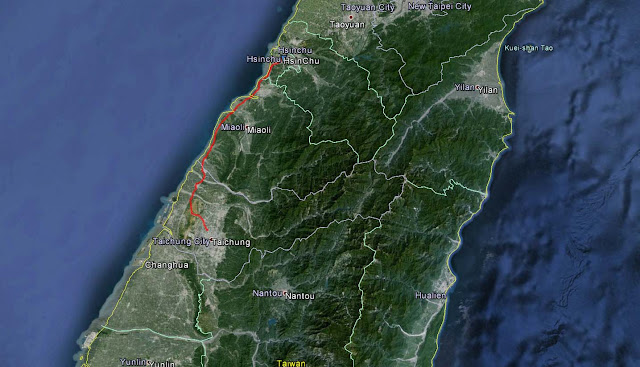 Today, is Day 9, the last day of the journey round the island.
We were both happy and sad.
Soon we will be parting ways with our friends that we have 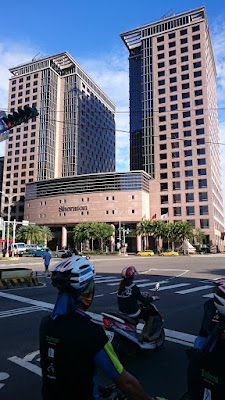 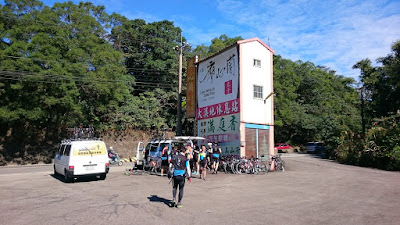 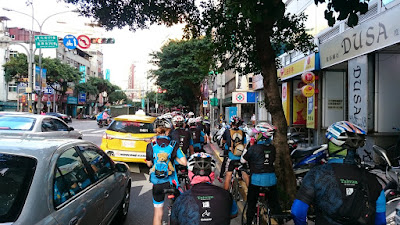 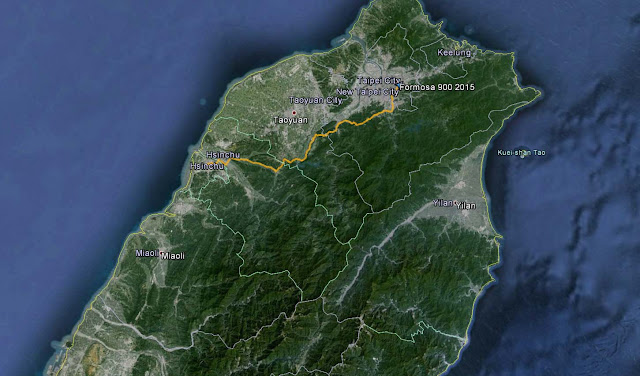 Epilogue
This trip requires much logistics coordination, and dedication from the organiser. And they have done much to make sure our trip was a memorable one.
A big thank you to Giant for making this event enjoyable for us, and to the staff for making this a memorable trip.
Thank you note published in Giant official website
http://www.giantcyclingworld.com/web/news.php?cat_id=3537

And a video production by one of our team member.

https://www.youtube.com/watch?v=5tS-y6tylRY&feature=youtu.be
Posted by Mountain & Sea at 1:02 PM No comments: