Compiling various pictures that I have taken to show the power of the plant to survive.
Be it from a cut trunk, sprouting new leaves; to the desire to reach for the sun!  These plants showed the tenacity to survive in whatever that is necessary.  Although there is this particular phenomenon where the leaves are covered with "cyst", which I have no clue towards its survival, perhaps the leaves act as a form of sacrificial part such that the whole pant will still be able to survive, like a lizard losing its tail!

New Lives from a cut Trunk
This tree I was told was cut because while cutting down a dead tree along the Cycling Trial in Bukit Timah Nature Reserve, the contractor accidentally damaged the trunk.
As the root system is still intact, new lives sprout. 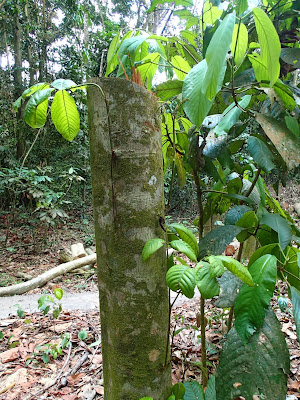 And even without roots!

These trunks that have been sawn, sprout new leaves from its trunks.  Suspect this to be Tiup tiup tree (Adinandra dumosa) 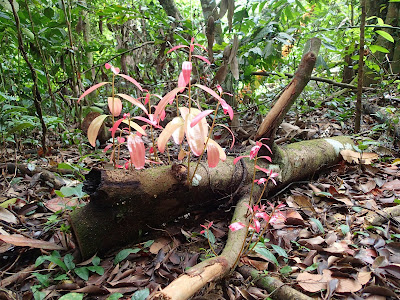 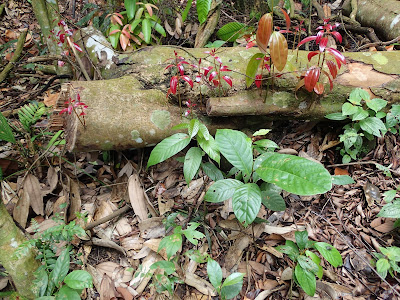 Creepers will do anything to reach for the sun
Without a solid trunk, this soft body plant relies on its tendrils to anchor itself to whatever means it can to climb toward the sun, and to photosynthesis.
And in the process of doing so, it can also snuff out some other plants especially the frond that requires to open to its full glory.
As can be seen, the creeper has basically twined itself such that the frond can never open, and if that happen to its other fronds, that palm will surely die.


But run the risk that the strangulation deprived the host plant of the vital sunlight for its wrapped leaves, and that these leaves might just died!
And when it is shed from the host plant, the creepers will also be dislodged, and died with it!
As seen in the pictures below. 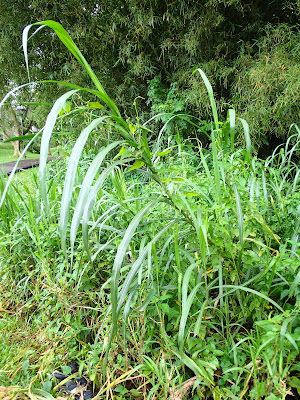 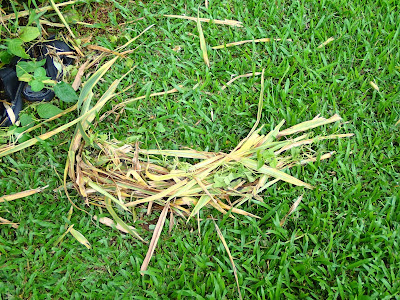 While other Sun Seeker, simply shoot up straight
This tree was observed in Teck Whye Park, initially it was like a rod shooting straight up, but having reached its full heights, branches and leaves spout, but the weight and its instability bend this long rod, and finally it just snapped.
Why did it behave in such manner?  I have no idea. 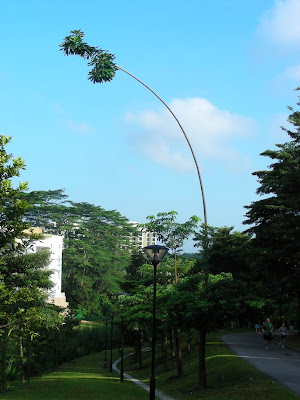 Even if they have to twist and twist to reach for the sun. 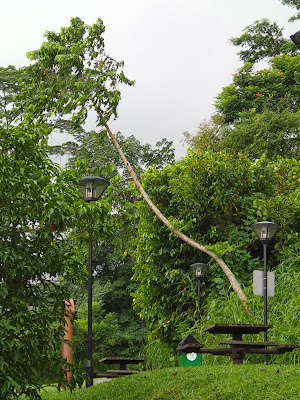 The Power of Roots
(Towards Dairy Farm)
Fig trees are renowned fro their roots, basically they can grow anywhere.
On this brick wall, a fig tree has taken roots, literally. With the spread of its many roots, it anchored well on the wall, perhaps tunneling into the crevice of the wall, or maybe with some form of special natural adhesive, this fig looks like its will envelope the wall in due time. 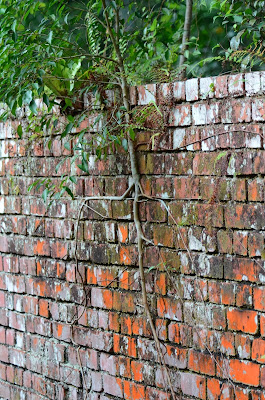 And the roots possess certain sticky chemical that it can even hang the plant upside down, and not only that, but to enable a sunbird to build its nest! 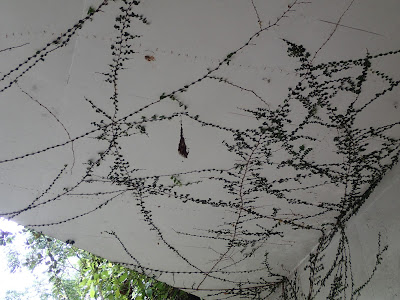 Crooked Tree - despite being broken, this plant still somehow managed to bend itself back!
Again in Bukit Timah Nature Reserve, towards Wallace Centre, watch out for this fantastic survivor.
Apparently, its trunk snapped and pointed towards the ground, but somehow it still managed to heal itself, and continuous its upward growth, forming an inverse letter "N". 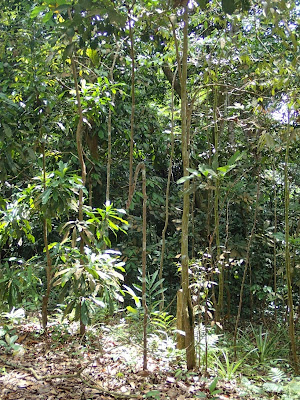 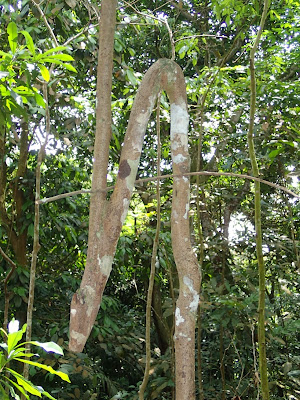 The regenerative power of the tree is tremendous, as also shown in the picture below, where a branch has somehow healed itself, and then sprout another branch but at 90 degree to the first!


Subsequently I came to witness the same power of the trunk or branch to survive after a break.
This was taken at Sungei Buloh, I deduced from the way the inverse "N" was formed was due to
- a bend and subsequent breakage
- renewed growth from the breakage 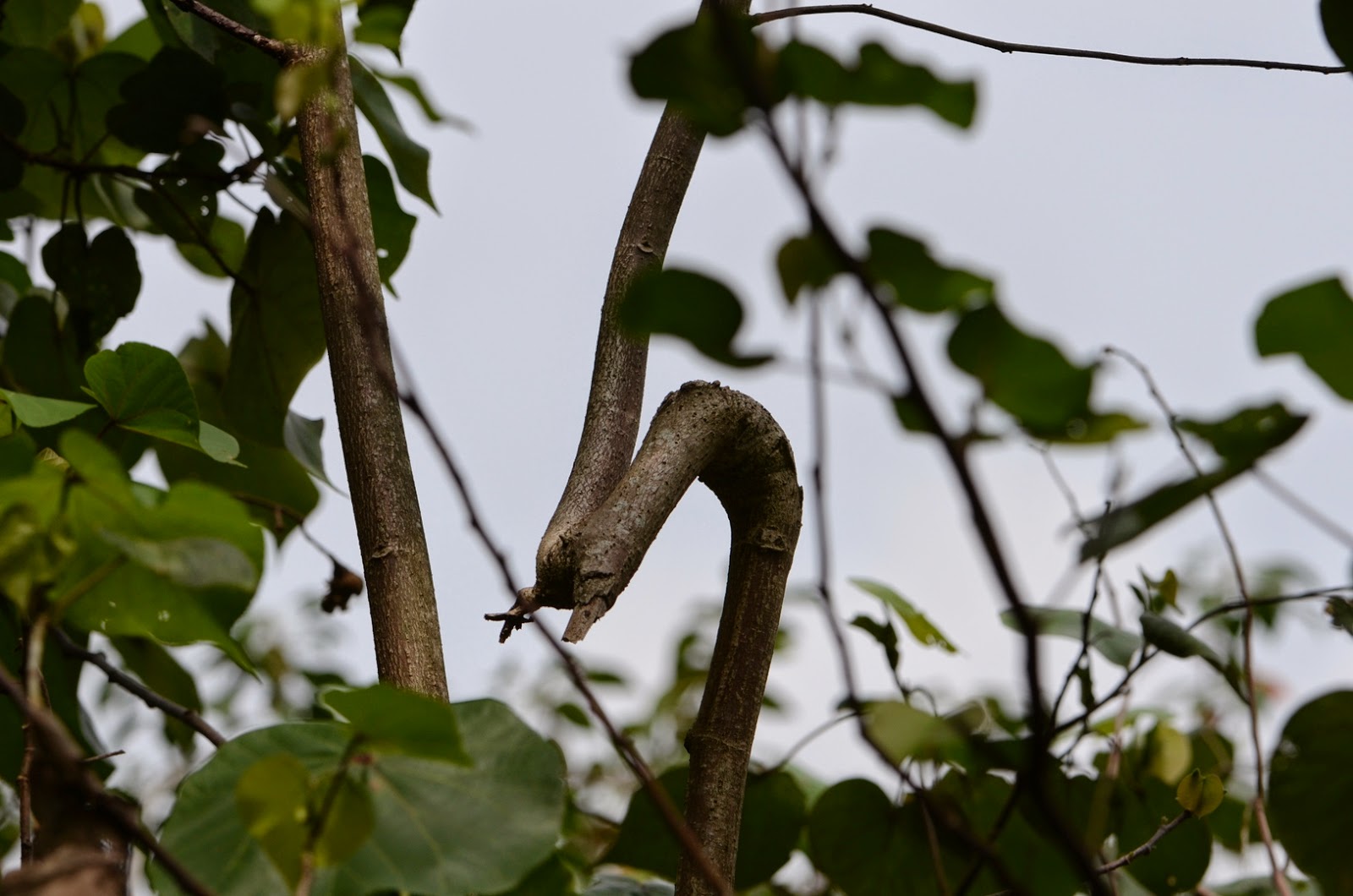 And this specimen is seen at Lower Pierce. 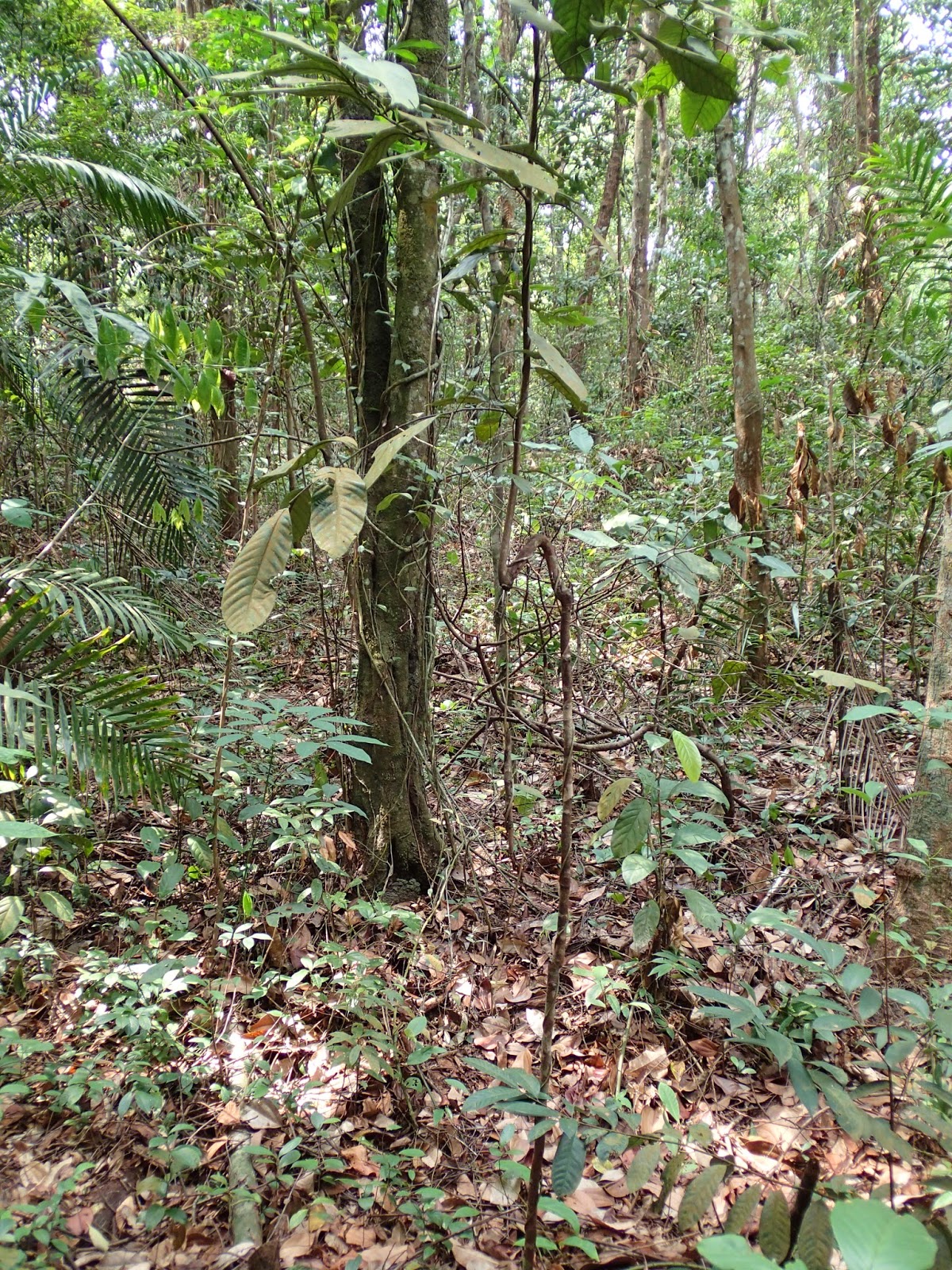