In Bukit Timah Nature Reserve, it is very easy for anyone to see fungi of many shapes, colours and sizes. However, on one such walk, I came across this huge mushroom.
How big? See my handphone which I have placed next to the stipe (stem)! 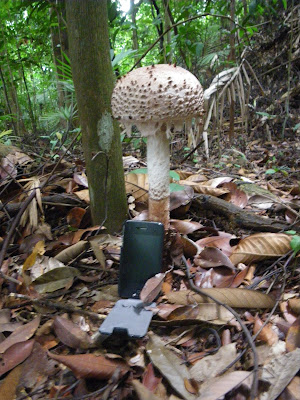 As I tried to dig further into its ID, I believe that this is most probably from Agaricus sp, as the underside shows the gill. 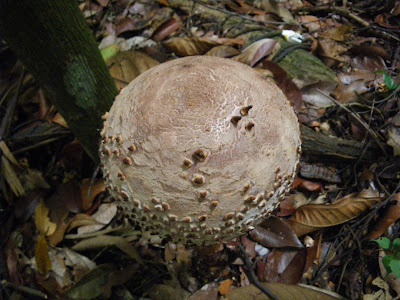 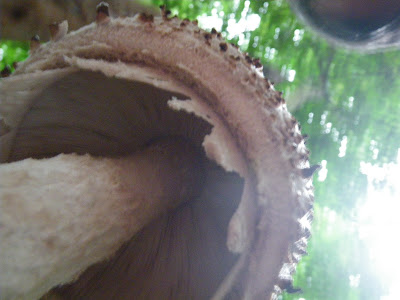 Another picture of this huge one without the phone to spoil the shot. 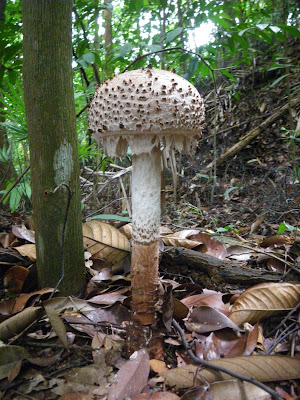 To those who are familiar with Bukit Timah Nature Reserve, look at the background - can you see the road! 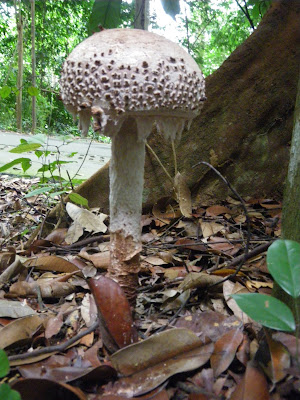 TWO Days Later
I went to look for this specimen again, hoping to take better picture with flash now that I have freshly charged the battery.

This specimen has started to spread its cap. 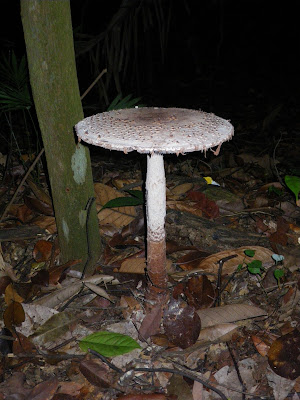 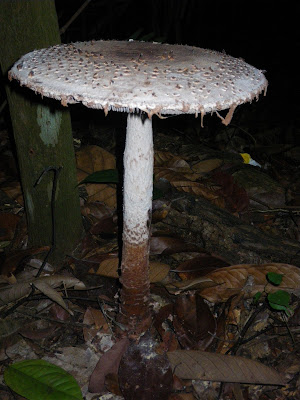 I have a strong hunch that this could be Amanita sculpta as in other literature, it was mentioned that this species can grow very large.

FOUR Days Later
Went trekking again, and once again I was monitoring on the progress of this specimen.

SIX Days Later
I went back to check on this specimen, alas - only part of the stem was left. 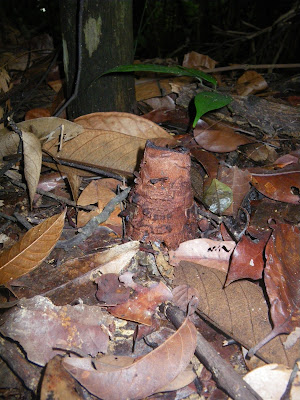 From the look of it, it did not wither but rather it fell into some form of mischief from the foot of someone.
I hunt around for the cap, and was not able to find it.
Hoping that the spores would have spread somewhere, and soon another of this giant can be found.

If anyone who view this blog knows the ID of this Agaricus, appreciate if you can drop me a note.
Thanks
Posted by Mountain & Sea at 6:38 PM 1 comment: