So far, with different equipment I have managed to capture 4 different snakes that I have chanced upon in BTNR.

I am not a snake expert, and will require much reading and research to ID and know these beautiful serpentines. Therefore if you can identify the unknown snakes and describe its behaviour or characteristics, it is much appreciated.

Saw this snake up on a tree in Dairy Farm area. A nocturnal and arboreal snake, though poisonous the Wagler Pit Viper is a very docile snake.

I was able to go real close, and it simply coiled on the tree branch, letting me take all the shots.

Usually mistaken for another species of snake, the juvenile of the Wagler is green in colour, very unlike the adult. 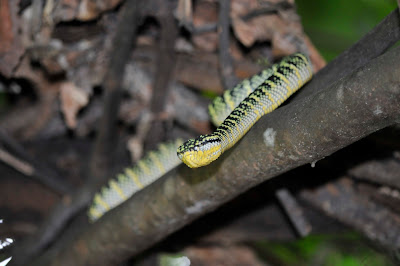 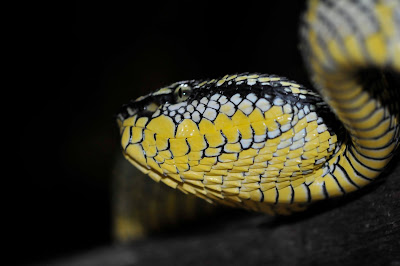 Another venomous snake and nocturnal, belonging to the elapid group - or sea snake. Usually feed on other snakes, even its own kind, but will feast on small amphibians and reptile if the chance should come around.

Came across this Coral Snake at the Forest Fall Walk, I was only armed with a phone camera. Resolution was bad, and evening has descended. 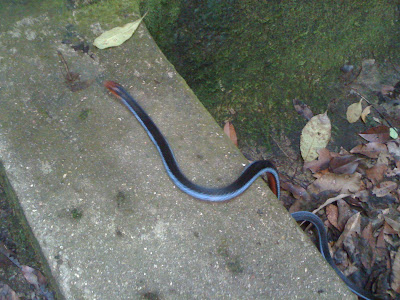 Came across this pretty long snake near to . It was actually sun-bathing in the morning on the bicycle track. Knowing that potentially it will be rolled over, I decided to hold it by its tail, and soon it slithered itself into the undergrowth.

From the body pattern, it seems to have two shade - a more solid colour at the tail area, as compared to the upper portion.

After performing the deed, I pondered whether this is a venomous snake! 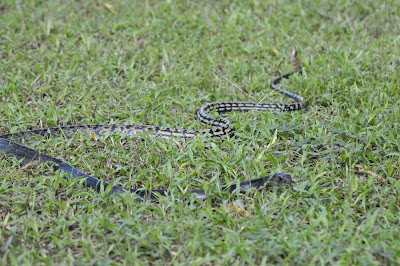 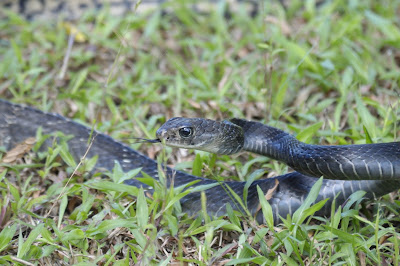 Saw this snake just captured something - and has already swallowed its prey. It slowly slithered away from me at the Pipeline Reserve, but because of its meal, it wasn’t able to slither fast, and manage to capture number of shots on a compact camera.

Again, it was near to the bicycle track - and this time I have to use sticks to persuade it to move away from the track.

Again, is this a venomous snake! 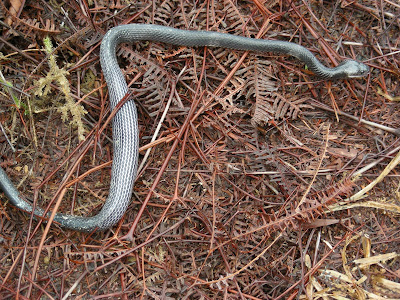 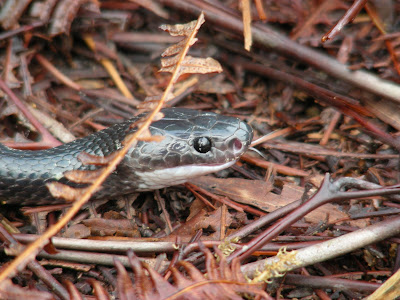