Along Clementi Road, opposite Ngee Ann Polytechnic there is this Strom Drain which in Singapore size, looks like a river.
(Also known as Holland Woods)

I have always wanted to explore this area, and on Deepavali, it was a good opportunity as I need the sunlight to help me recover from jet lag, as I have just returned from the US.


The first activity that caught our eyes was this "fisherman", as can be seen from the picture, there are nets in the water by evidence of the styrofoam float. What fish dwell in this place, probably tilapia. But we did not hang around to find out. 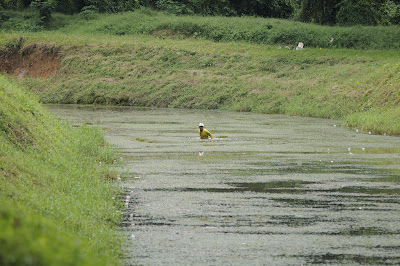 With such expanse of water, one can definitely find the super agile dragonfly skirting the waterlines. Though look like 2 different species, but actually they are ONE. The Red is the Male and the Yelllow - the female Asian Scarlet Dragonfly (Crocothemis servilia) 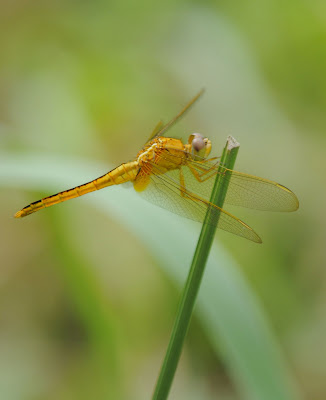 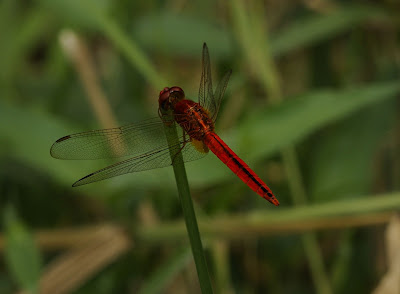 Walking along the bank of this "river", I chanced for the second time on a lonesome Hoverfly (Family Syrphidae). Such fly is characterised by its big bulging eyes and short antennae.

For protection, it has acquired pattern to that of wasp (Batesian mimics). The belly of the Hoverfly has striped pattern similar to the wasp. But when it comes to rest, its outline is that of a fly! But some Hoverfly has "waist"to further confuse its predator.

The Hoverfly is a friend to the gardeners, as its larvae feeds on aphids.


Usually the male Hoverfly will hover on certain spot in space to attract female, and will defend this piece of 3 dimension space against other intruders that dare to encroach into its airspace.


Having to hover demand alot of energy, and occasionally the Hoverfly will have to "re-fuel" by drinking nectars from nearby flowers. 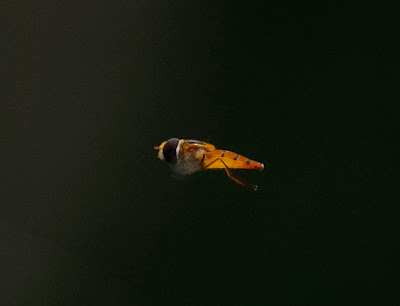 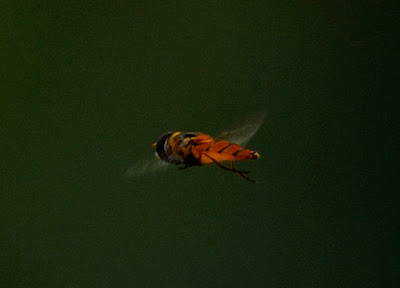 Below is a picture of a housefly, and in this condition, this housefly looks pretty nice! 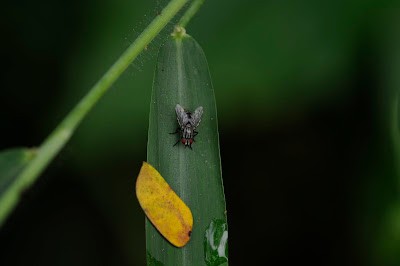 There were much vegetation, and reaching the railway line, we came across this 7 Golden Candle stick (Cassia alata), with beautiful bulge and patterns, and was frequented by ants. 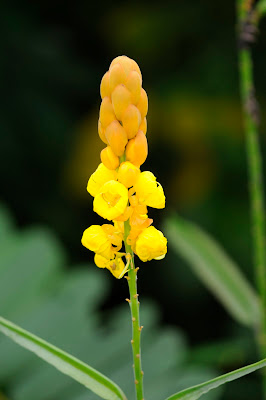 We have to visit this place again, especially in the morning for we have heard many birds call, and managed to catch glances as they flew off. This brown bird that flew off is a very rare Black Bittern (Dupetor flavicollis). Unfortunately I was not able to get a ground shot as we startled it when it was foraging in the marshy drain. 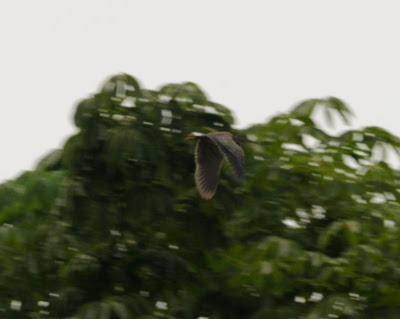 It has been certainly a surprise location, as this place is sandwiched between busy Clementi and Bukit Timah. Certainly we will be making another reconaissance again.
Posted by Mountain & Sea at 8:59 PM 3 comments: