Rafflesia – named after Sir Stamford Thomas Raffles, the founder of Singapore. It was during an expedition into Indonesia rain forest that the team discovered these giant flowers.

There are 27 species of this giant flower, and we were glad that we got to see two of them.

In our previous trekking to Poring, Sabah (near to the Kinabalu Park), we came across Rafflesia arnodii, this is the largest of all the Rafflesia species. 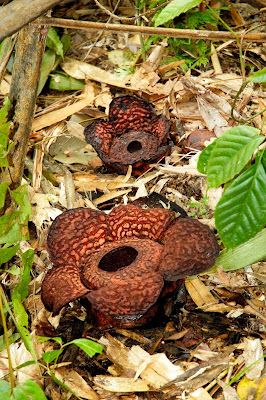 A pair of Rafflesia arnoldii growing in the bamboo grove of Poring (Sabah, Malaysia)

And this time while trekking in Cameron Highland, we came across the Rafflesia kerrii, which is the 2nd largest Rafflesia in the world. 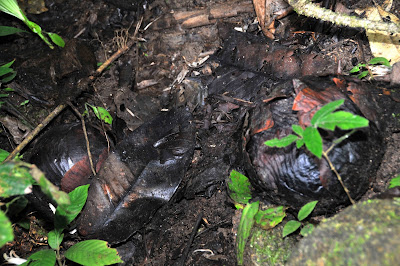 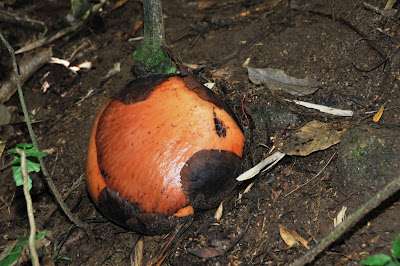 Quite matured R kerrii Flower Bud. The folded petal is actually quite waxy and thick to the touch. In some aborigine tribe in Thailand, the petal is used as medicine! 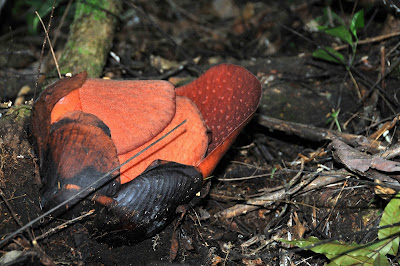 This bud (R kerrii) is about to bloom 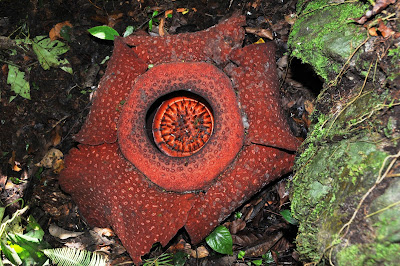 Suspect this to be a week old bloom (R kerrii), 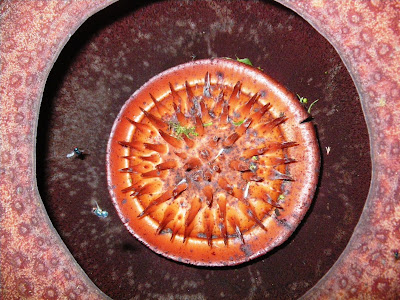 Close up of the same bloom, but filled with water and a death trap to flies! 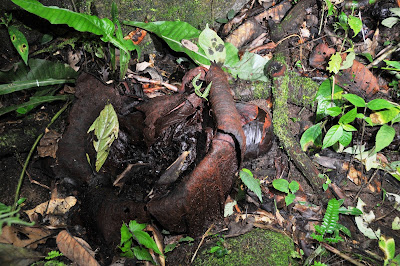 After 2 weeks, this is the decayed remain of a magnificent bloom

The Rafflesia is a parasitic plant, with only the flower to show, it has neither branch, trunk or leaves, it simply tap into the host plant, and sponge the nutrient from its host.

Typically Rafflesia has 5 petals, but there have been evidence of 6 petals but rare. The Rafflesia flower takes between 9 to 10 months from bud to bloom, and then it will last about 2 weeks before withering. Rafflesia is a dioecious plant, meaning that both the male and female flowers (plant) grow separately, just like the papaya tree. It is still a great mystery in the life cycle of this plant, and very little is known about them.

Considering the fact that it will take about 9 months from bud to bloom, and that the male and female flowers are individual, it is not hard to wonder within a period, both male and females flowers can be in close proximity with the opportunity of pollination to take place. Well it is possible, if the area of habitat is large, and thus the probability of such event to take place is great, but the chance of this happening is greatly reduced by encroachment from human development as well as the fondness of human to pose photos as souvenir, inadvertently some of the young bud as well as the matured flower get trampled by foot; poked by inconsiderate individuals with their walking poles; and worse of all the destruction of its host habitat (the Tetrastigma vines).

Thus the Rafflesia is an endangered species, and hopefully the authority can preserve the site where this magnificent flower can be found!